A giant claw pulls from a mountain of scrap metal along the bank of the Gowanus Canal near Hamilton Avenue in Brooklyn at Benson Metal.

But their time on the canal may be at an end. Cited in 2012 for polluting the Gowanus, the mountain of metal may disappear as the EPA cleans the Superfund site.

A giant claw pulls from a mountain of scrap metal along the bank of the Gowanus Canal near Hamilton Avenue in Brooklyn at Benson Metal.

“Somebody needs to heat homes and recycle metal and clean out garbage,” said Mike Petrosino, co-owner of a fifth-generation, family business that operates Benson Metal, one of two scrap-metal yards that abut the canal and use it for loading and unloading barges. “The canal acts as an infrastructure that supports the city.”

But their time on the canal may be at an end. Cited in 2012 for polluting the Gowanus, the mountain of metal may disappear as the EPA cleans the Superfund site. 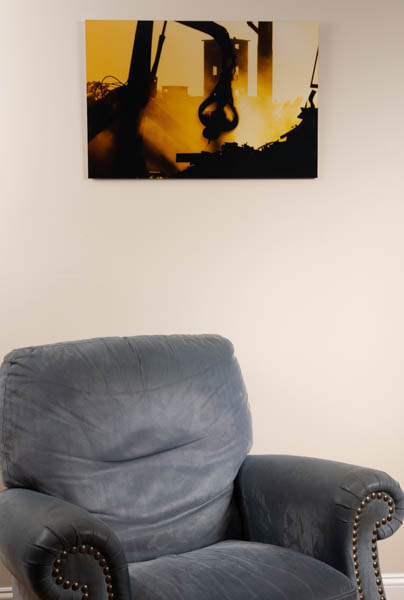